For the entire month of June, members receive FREE shipping on all orders. Not a member? Become one today!

One of Napa Valley’s pioneering wineries, Trefethen Family Vineyards crafts distinguished estate grown wines that express the unique spirit of their land, vines, and people.
The dedication of the Trefethen family is manifest in every aspect of the operation, from the soil to the table, including sustainable farming, thoughtful winemaking, and gracious hospitality.
Eshcol rounds out the Trefethen portfolio as an introduction to our estate grown and sustainably produced wines. Crafted for those looking for Napa Valley quality in an accessible wine, Eshcol delivers an incredible value.

Eshcol Red is an authentic and approachable red blend, sourced
entirely from our Main Ranch vineyard. Our winemaker Bryan Kays
crafts a unique blend each year, featuring the strengths of
Cabernet Sauvignon and Merlot complemented by the inclusion of
smaller amounts of Petit Verdot, Malbec and Cabernet Franc.

The wine opens with bold fruit-forward aromas of blackberry
and dried cherry. On the palate, bright red fruit flavors give way
to modest tannins and balanced acidity, making it very
food-friendly and ready to pair with casual dinners at home. 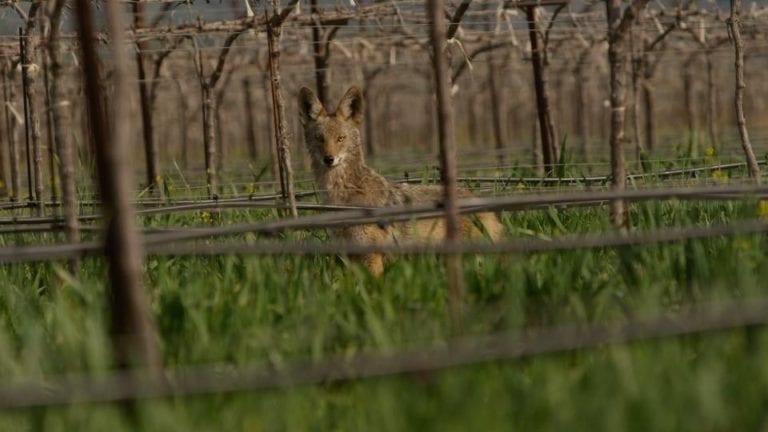 When we think of sustainability, we look at what will help us thrive for another three generations; how we can continue to farm the best quality grapes while sustaining our business and our land, all while enriching the lives of those that work here and those that enjoy our wines around the world. With that important context, we consider our estate as an integrated vineyard and winery ecosystem and focus on the following elements to build resilience within it.

As an estate property, every bottle of wine starts in the vineyard. Everything we do comes from this land. So, we strive to keep it healthy. That starts by limiting what we take from it. We embrace the use of cover crops, cultivating specific plants in between the vine rows, which not only increases biodiversity but can improve soil health, and the owls, bats, and hawks who live on the estate serve as natural pest control.

The Story Behind the Label

The artwork centered on the Eshcol label serves as a symbol of our values: family, respect, authenticity, sustainability, joy, and learning. The artist referenced photos taken on the estate to illustrate our perspective from the heart of the vineyard. We chose the name “Eshcol” for this wine to honor the history of our estate.

Commissioned by the Goodman Brothers in 1886, Trefethen’s historic winery was built in a grove of towering oak trees at the center of Eshcol Ranch, directly across the street from the Oak Knoll train station. Designed and built by Captain Hamden McIntyre, who also built Inglenook, Far Niente, Greystone, Beaulieu, Chateau Montelena, Frog’s Leap, and many others, the historic winery is his greatest work in wood. Immensely framed by stout rectangular posts of Douglas fir and clad in tongue-in-groove redwood siding, the original structure was built so solidly that a visiting writer said that the mezzanine level on the second floor “could have supported the weight of a small locomotive.”

It also presented McIntyre with a unique challenge. Like many of his cellars, it was built as a gravity-flow winery, where grapes were crushed on the third floor, fermented on the second, and aged on the first, utilizing the gentle force of gravity to move from one stage to the next. Unlike his other gravity-flow structures, however, the Eshcol winery was not built into a hill, which would have allowed easy access to the top floor. Instead, considering the valley floor location, Hamden rigged up an ingenious elevator system to raise the grapes up to the top floor, powered by a horse-drawn winch.

It worked beautifully. An article in the Napa Register in 1886 described Eshcol as a “model farm” and the first wines made there helped to establish Napa’s early reputation for quality. At the landmark 1888 California State Viticultural Convention, both Eshcol’s Cabernet Sauvignon and Sauterne wines won first prizes. And at the 1889 Paris Exhibition, in the shadow of the stunning new Eiffel Tower, Eschol wines collected over half of the awards at the wine competition! In 1889, Eshcol was amongst the wines that moved early wine writer and journalist Frona Wait to name Napa “The Banner Wine-Making County” which had come to “lead the State in table wines.” 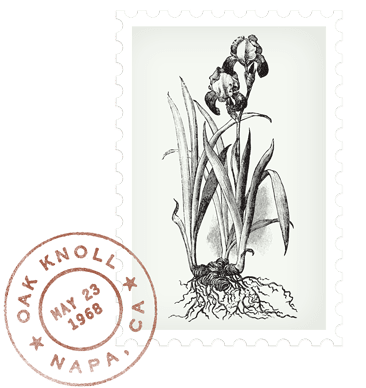 Families stay in touch.
We won’t forget to write.